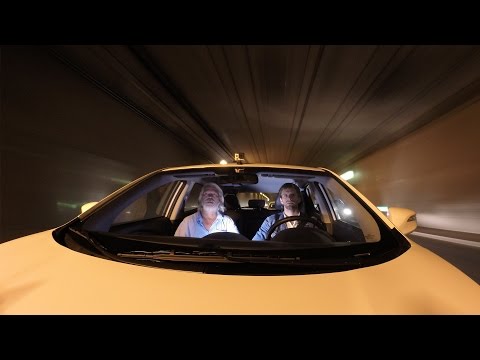 The Hyundai ix35 Fuel Cell has proven the viability of zero-emission motoring by travelling 2,383 kilometres (approximately 1,480 miles) in just 24 hours!

Arnt-Gøran Hartvig (Sports Scientist) and Marius Bornstein (Master of Physics) made the impressive journey in Germany on public roads. They travelled the 300+ kilometre route between the hydrogen station in HafenCity, Hamburg and the Shell hydrogen station in Sachsendamm, Berlin, as many times as possible in 24 hours.

As refuelling the car takes just three minutes, the drivers were able to maximise their time on the road, averaging 100km an hour (approx 62mph).

“We wanted to see what the combination of a state of art fuel cell electric vehicle and hydrogen refueling station are capable of today. The result is stunning,” said Hartvig and Bornstein after accomplishing their journey.

Thomas A. Schmid, Chief Operating Officer at Hyundai Motor Europe, commented: "This endurance drive highlights both the practicality of our fuel cell electric vehicle's long driving range and the environmental credentials of our technology. Our Fuel Cell programme has already delivered many world firsts, so it is fitting that the Hyundai ix35 Fuel Cell has once again delivered a new benchmark."

The duo has previously managed to travel a record 700 kilometres (approximately 434 miles) on one tank of hydrogen fuel.

The Hyundai ix35 is the world’s first mass-produced fuel cell vehicle to be commercially available, currently on sale in 11 European countries. It is powered by hydrogen fuel, and emits only water vapour. It’s fitted with a 100KW electric motor, and can reach up to 100mph with an official range of up to 373 miles – similar to a traditional petrol car.